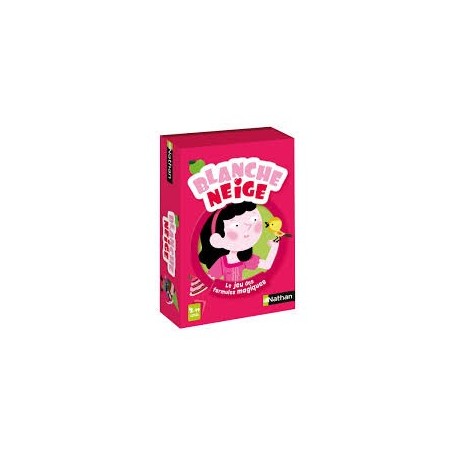 Immerse yourself in the world of Snow White and the Seven Dwarves with this Uno style card game!
Each player receives five cards at the beginning of the game and the others form a deck with its first card returned.
The players take turns placing a card of the same color or character on the card in the middle of the table.
If a player cannot play, he draws a card and passes his turn.
The first to get rid of all their cards wins the game!
Nathan's Snow White Card Game is a short and dynamic game of observation and logic that will appeal to the youngest and the oldest.
Age: from 4 years old
Duration of a game: approximately 15 minutes
Number of players: 2 +
Number of cards: 40